Kos and Josh Holland direct our attention to this -- and, well, there's just nothing to be said, is there? 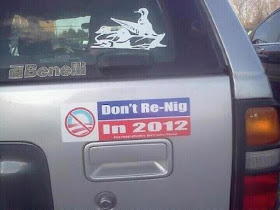 This comes on the same day that we're learning about this:

Puerto Ricans, it's worth noting, are American citizens....

Immigration has been a hot topic lately in Mississippi. Gov. Phil Bryant (R) has endorsed an Alabama-style immigration law, and a version of that law was passed by the state House yesterday.

And, of course, we've got Brooks Bayne, who's attacking Sandra Fluke's boyfriend as an evil Jewy Jewy Jew:

... anyone familiar with Boston and New York political history knows about the wealthy Mutterperl family's long tradition of supporting the typical Jewish variant of socialism.

... The Mutterperl family, via Adam's great grandfather Sol's handbag fortune, established the "Mutterperl Scholarship Endowment Fund" in 1951 for Brandeis University. This school, as some people call it, is named for Louis Brandeis, a secular Jew, Zionist, and United States Supreme Court Justice appointed by Woodrow Wilson. Brandeis was a self-proclaimed socialist.

... New Bedford, MA, where Raphael Mutterperl ran the family's manufacturing arm, was a hotbed of Marxist trade-unionism in early 20th century America. Why? It was easy to "sell" radical trade-unionism to a whole people group who were brought up in the lap of Weimar Marxian ideology, because New Bedford had many new eastern-European Jewish immigrants living there at the time, including, of course, the Mutterperl family....

The Bayne hit-piece is particularly choice, because the argument being made is that the Mutterperls have historically been both sinister capitalists and evil socialists. This is a staple of anti-Semitic hate-rhetoric -- and, as I've noted in the past, it's the kind of thing Glenn Beck was selling to the throwback masses in his Fox News heyday, updating the work of his hero Cleon Skousen to generate chalkboard linkages between Alinsky, Ayers, the New Black Panthers, Soros, and pretty much everyone else who's been in the same room with Barack Obama, from community organizers to former top Goldman Sachs executives.

But Beck, at least, tried to avoid making this overtly about the evil International Jew -- he took this line of argument and mostly de-Semitized it. Bayne has re-Semitized it.

Oh, and I see that CNN contributor Dana Loesch was retransmitting Bayne's racist propaganda on the radio today.

Look, this is the future. Code words are out. Dog whistles are passe. The right is going for it. There's going to be less and less effort to conceal the racism. You think it's ugly now, but it's going to get even uglier.
Steve M. at 5:34 PM
Share